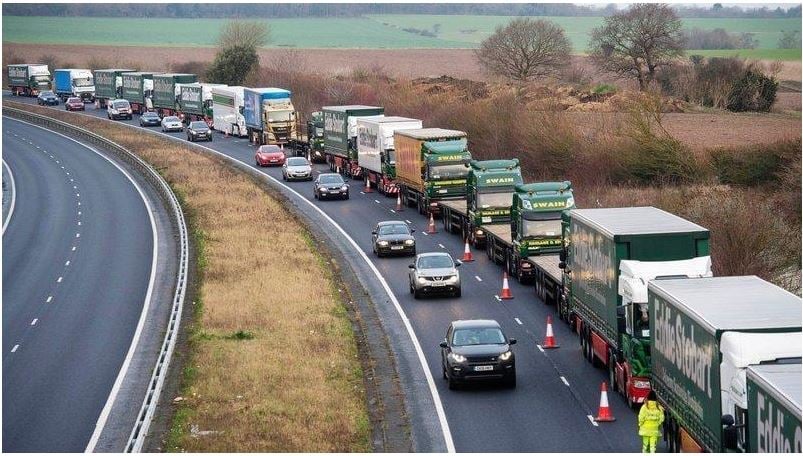 Welcome to a new feature on our website. Our busy Green local councillors will aim to bring you regular updates on their activities.

Becky Wing (Ramsgate Central) has been very busy at Ramsgate Port and protesting tree-felling in Ellington Park and doesn’t have an update for us this week, but here are updates from Trevor and Mike.

“Operation Brock” at Manston – At the Overview & Scrutiny meeting last week we were given an update on the Manston site. TDC do not yet have detailed information, but the worst-case scenario is that there will be up to 4,000 truck at the site for up to 48 hours at a time. The trucks on site are only those heading for Dover Port. It is estimated that up to 30% to 40% of trucks may not be ready with their paperwork, but that the transition will be phased until July when full control will be enforced. RiverOak claim that Operation Brock will cease in June, as by then all the teething problems will be sorted! TDC have been promised £500,00 to help with costs that have bee incurred.Concerns were expressed about the possibility of a Covid outbreak on the site as drivers are not obliged to stay on site, although toilet and food facilities will be provided. There could be problems with any fire outbreaks when all the trucks are tightly packed. Traffic build-up on the A299 Thanet Way could result in severe traffic as it may be duelled, but has no hard shoulder. To sum up –we were told that the site is not yet ready, and the officers made it very clear that TDC do not support the arrangement on the Manston site, and that frustration has been felt at the lack of detailed planning.

Parish Council Meetings – I attend as many as I can (by Zoom at the moment). Here are brief details of what is covered at the two most recent meetings. I have also regularly been to St Nicholas at Wade/Sturry, Manston and Acol Parish Council meetings.

As with all Councillors, I get a steady trickle of emails from local residents with the most common topics being waste collection and planning.

I thought I’d update you on some of the stuff I do as both a Broadstairs Town and Thanet District Councillor for St Peters Ward by letting you know what I’ve been up to this week and what’s planned for next. The focus below is mainly on meetings I’ve attended (all virtual of course) but there is other stuff I do which I’ll cover in a future blog.

This week started on Monday morning with a meeting of the Town Council’s newly formed Environmental Working party. I chair this group and am joined by Cllrs Bob Bayford and Ruth Bailey and our tree warden, Karen McKenzie. We are currently putting together a strategy and action plan to tackle three key areas, improving air quality, biodiversity and the built environment of the town. We made a start in October by launching a Hedgehog survey and publicising ways in which we can help our dwindling population of Hedgehogs. At this week’s meeting we were joined by Lesley Game and Ros Binks, the 2 County Councillors who cover Broadstairs, to discuss what help they can give us to preserve and increase the number of street trees in the town and also how they can help us implement a 20mph speed limit in residential areas around Broadstairs, a policy we recently persuaded the Town Council to adopt. They took away a number of actions which we’ll follow up on in the near future.

On Monday evening I attended the meeting of the full Town Council. These are held every other month and cover a number of different items from the Council’s finances to issues arising from correspondence from residents and local organisations. At our next meeting I’ve asked for a motion calling on the Town Council to declare a Climate Emergency to be discussed. The Council now owns a number of properties, including the Town Hall and Retort House, and I’m keen that we work out our carbon footprint and work to make sure we are carbon neutral asap.

I’m part of the Park Avenue Woodland Group who are campaigning to get TDC to take enforcement action against the owner of the area of woodland in Park Avenue who felled 40+ trees there early this year and to make sure they replant all those covered by Tree Protection Orders (TPOs). We met on Wednesday afternoon to discuss ways in which we can keep the pressure on. We’ve been told that the enforcement investigation is currently sitting with TDC’s Legal Department and we’re determined to make sure they take action.

On Wednesday evening I attended a meeting of TDC’s Governance and Audit Committee who are responsible for reviewing the Councils Internal and External audit functions and the council’s statement of accounts. This week’s meeting included an internal audit report on Open Spaces services which highlighted a number of issues of concern including the fact that the interim nature of management arrangements has been in place for over a year now which is obviously not good for staff morale. It also highlighted the fact that there are no KPIs in place to enable senior management to measure whether service standards are adhered to. This effectively means that there’s no way of monitoring if the correct processes are being followed, for instance the new standards adopted after the Winter Gardens Hedge Cussing fiasco in Summer 2019. I asked that this be treated seriously and it will be followed up before the next meeting in the new year. We had been due to review the External Audit review of last year’s financial statements but these were withdrawn at the last minute when “a material difference in the valuation of one of TDC’s assets” was uncovered. This was disappointing as I had wanted to ask some questions about the use of Non Disclosure Agreement (NDA)s to resolve Grievance Procedures which was highlighted in the report .

I’m the Green Party representative on TDC’s Planning Committee and on Thursday I attended the latest mandatory training meeting. It bought us up to date on any changes we need to be aware of, especially measures relating to Coronavirus and changes to permitted development rights. We also reviewed recent appeals against Council planning decisions including the inspectors recent disappointing decision to overturn the Planning Committee’s decision to reject an application to develop on the old Club Union site near Reading Street. This was the third time the inspector had been asked to overturn a decision to reject development there.

Thursday evening also saw a Member Briefing to update us on the latest on the Margate Town Deal. TDC are close to submitting a proposal seeking £29m funding to develop a number of projects in Margate / Cliftonville, which if successful will have a positive impact on the area. As well as creating a property portfolio there is also likely to be significant investment in existing assets like the Theatre Royal and Winter Gardens and I raised a concern that these assets need to remain in community ownership and not be sold off to benefit private individuals or companies in the future. My concerns weren’t allayed.